JOIN OUR WHATSAPP GROUP FOR QUICK UPDATES ONLY

As the Big Brother Naija 2019 show is currently on, fans and celebrities have taken to social media to show their love and support for their favorite housemates.

Half brother of the former Psquare duo, Peter Okoye has also shown his support for Tacha, after being provoked by fellow housemate, Joe.

He took to social media to show his support for Tachaafter being nominated for possible eviction that week.

After a post was shared by Tacha’s social media handler pleading on fans to vote for her to remain in the BBNaija house, Peter Okoye took to the comment section to reply saying; “We Die Here #teamtacha”. 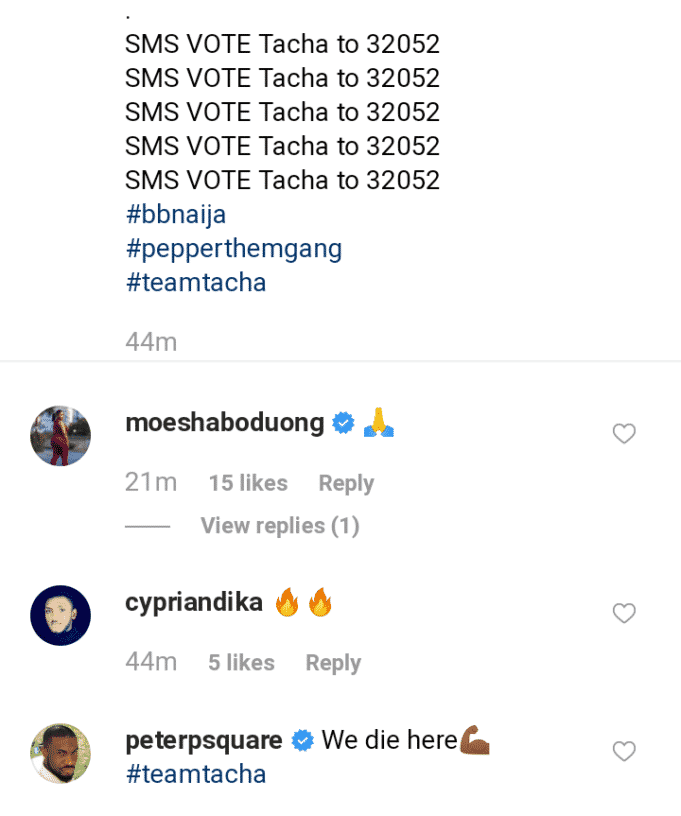 He has reiterated his support again a month after by promising her the best thing yet. While he was on Instagram Live on Friday, August 9, he was heard saying, “If Tacha nor win, I’ll give her the money.”

JOIN OUR WHATSAPP GROUP FOR QUICK UPDATES ONLY

Man shot Dead in Awka following an open shoot out